While I'm not smart enough to understand the physics behind this amazing video, I am intrigued and fascinated by it.  Watch carefully and stay with it long enough to see what happens.  Everything I write below it will make little sense unless you do. 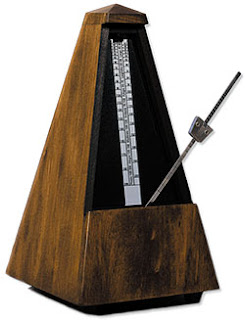 If you're the impatient type, watch the first 30 seconds then go to 2 minutes 30 seconds, but you'll miss the process!  You'll see the result.


Life lessons can be found most everywhere if one is teachable.  Even this video illustrates a few truths to me. * Discordant efforts pull us out of sync with others.
* Community can form unity.
* Creativity may begin with chaos but end in harmony.
* God gave us differing spiritual gifts for His glory and for others.
* Bind us together, Lord, even with our various colors and quirks

On the other hand. . .counterpoint:

* Conformity may destroy creativity.
* Don't compromise who you are to please others.
* Don't cave into peer pressure.  Be yourself.
* Letting others think for you overrides your inner voice.
* Be careful who controls you.  Remember the Nazis.

Lessons are everywhere!  They may even speak from opposite viewpoints!

Friends commiserate with us and we all moan in unison when we stand up to the sound of knees popping.  When Cher was asked what's good about growing old, her answer was, "Nothing."

I disagree.  We know a few more things now and can offer wisdom or wit occasionally.  Like now.

* Raising teenagers is like nailing Jello to a tree.
* Wrinkles don't hurt.
* Families are like fudge. . .mostly sweet, with a few nuts.

* Today's mighty oak is just yesterday's nut that held its ground.
* Laughing is good exercise.  It's like jogging on the inside.
* Middle age is when you choose your cereal for the fiber, not the toy.

* Growing old is mandatory; growing up is optional. 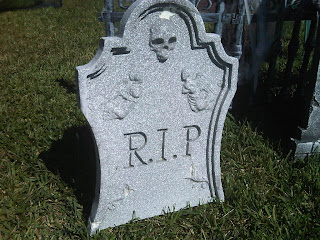 * Any day above ground is a good day.
* Growing old isn't so bad when you consider that there's only one alternative.

* Forget health food.  We need all the preservatives we can get!
* When you fall down you wonder what else you can do while you're down there.
* You now get the same sensation from a rocking chair that you  once got from a roller coaster.

* It's scary when you start making the same noises as your coffee maker.
* The older we get, the fewer things seem worth waiting in line for.
* Eventually you reach an age when you stop lying about your age and start bragging about it.

Our prayer:
Lord, keep your arm around my shoulder
and your hand over my mouth!

Words fascinate me. Language changes.  Try as we may to hang onto words and reject new ones, the slippery evolution of English glides on.

Even phrases morph.  A hard drive was what Daddy faced to take our family from Rhode Island to Grandma's house in North Carolina.  Now I moan when my hard drive crashes.

One word that surely ranks high on the Who's Who of Words is love.

Yet English is weak in truly expressing its various meanings.

I love chocolate.  I love music. I love my family.  I love my friends. I love 24 (the show's coming back!)  I love watermelon. One word but describes six very different things in my life.

Original Greek in the Bible has several words for love, each expressing various emotions and commitments.  The highest love, agape, describes that selfless love God gives and expects from us.

Sadly Americans, even Christians, sing and speak of love (even for God) but blur the lines into the cheap love of Hollywood. Confusion over the very word love leads into marriages that crumble under the weight.  Infatuation is unable to support true love.

Paul's girl is smart and clever.
My girl is dumb but good.
Now would I trade my girl for Paul's?
You bet your life I would!

Unconditional love is as rare as eternal love.  Yet that kind of love is available to every human.  God loves us that way and gives us the ability to extend it to others.  When He is in us and loves others through us, we love beyond ourselves and our abilities.


God doesn't just love perfectly.  He IS love and He IS perfect.  What a loving God we serve!
Posted by Kathy at Thursday, August 15, 2013 No comments:

HOW TO DECIDE WHO TO MARRY (Written by Kids)

A group of young kids were asked how to decide who to marry and here are the results.  Pretty amusing! HOW DO YOU DECIDE WHO TO MARRY?

(1) You got to find somebody who likes the same stuff. Like, if you like sports, she should like it that you like sports, and she should keep the chips and dip coming.
- Alan, age 10
(2) No person really decides before they grow up who they’re going to marry. God decides it all way before, and you get to find out later who you’re stuck with.
- Kristen, age 10

WHAT IS THE RIGHT AGE TO GET MARRIED?
(1) Twenty-three is the best age because you know the person FOREVER by then.
- Camille, age 10
(2) No age is good to get married at. You got to be a fool to get married.
- Freddie, age 6

HOW CAN A STRANGER TELL IF TWO PEOPLE ARE MARRIED?

(1) You might have to guess, based on whether they seem to be yelling at the same kids.
- Derrick, age 8

WHAT DO YOU THINK YOUR MOM AND DAD HAVE IN COMMON?

WHAT DO MOST PEOPLE DO ON A DATE?

(1) Dates are for having fun, and people should use them to get to know each other. Even boys have something to say if you listen long enough.
- Lynnette, age 8
(2) On the first date, they just tell each other lies and that usually gets them interested enough to go for a second date.
- Martin, age 10

WHAT WOULD YOU DO ON A FIRST DATE THAT WAS TURNING SOUR?

(1) I’d run home and play dead. The next day I would call all the newspapers and make sure they wrote about me in all the dead columns.
-Craig, age 9

IS IT BETTER TO BE SINGLE OR MARRIED?

(1) I don’t know which is better, but I’ll tell you one thing. I’m never going to have sex with my wife. I don’t want to be all grossed out.
- Theodore, age 8
(2) It’s better for girls to be single but not for boys. Boys need someone to clean up after them.
- Anita, age 9

HOW WOULD THE WORLD BE DIFFERENT IF PEOPLE DIDN’T GET MARRIED?

HOW WOULD YOU MAKE A MARRIAGE WORK?

Give this guy a medal for bravery!
Posted by Kathy at Friday, August 09, 2013 No comments:

I subscribe to Mental-Floss magazine and find it quirky and informative. This article on words appealed to me. I added the clip art.  Hope you enjoy it too. Here’s an ambiguous sentence for you: “Because of the agency’s oversight, the corporation’s behavior was sanctioned.” Does that mean, 'Because the agency oversaw the company’s behavior, they imposed a penalty for some transgression' or does it mean, 'Because the agency was inattentive, they overlooked the misbehavior and gave it their approval by default'? We’ve stumbled into the looking-glass world of “contronyms”—words that are their own antonyms.

1. Sanction (via French, from Latin sanctio(n-), from sancire ‘ratify,’) can mean ‘give official permission or approval for (an action)’ or conversely, ‘impose a penalty on.’

2. Oversight is the noun form of two verbs with contrary meanings, “oversee” and “overlook.” “Oversee,” from Old English ofersēon ‘look at from above,’ means ‘supervise’ (medieval Latin for the same thing: super- ‘over’ + videre ‘to see.’) “Overlook” usually means the opposite: ‘to fail to see or observe; to pass over without noticing; to disregard, ignore.’

4. Dust, along with the next two words, is a noun turned into a verb meaning either to add or to remove the thing in question. Only the context will tell you which it is. When you dust are you applying dust or removing it? It depends whether you’re dusting the crops or the furniture.

5. Seed can also go either way. If you seed the lawn you add seeds, but if you seed a tomato you remove them.

6. Stone is another verb to use with caution. You can stone some peaches, but please don’t stone your neighbor (even if he says he likes to get stoned).

7. Trim as a verb predates the noun, but it can also mean either adding or taking away. Arising from an Old English word meaning ‘to make firm or strong; to settle, arrange,’ “trim” came to mean ‘to prepare, make ready.’ Depending on who or what was being readied, it could mean either of two contradictory things: ‘to decorate something with ribbons, laces, or the like to give it a finished appearance’ or ‘to cut off the outgrowths or irregularities of.’ And the context doesn’t always make it clear. If you’re trimming the tree are you using tinsel or a chain saw?

8. Cleave can be cleaved into two “homographs,” words with different origins that end up spelled the same. “Cleave,” meaning ‘to cling to or adhere,’ comes from an Old English word that took the forms cleofian, clifian, or clīfan. “Cleave,” with the contrary meaning ‘to split or sever (something), ‘ as you might do with a cleaver, comes from a different Old English word, clēofan. The past participle has taken various forms: “cloven,” which survives in the phrase “cloven hoof,” “cleft,” as in a “cleft palate” or “cleaved.”

10. Fast can mean "moving rapidly," as in "running fast," or ‘fixed, unmoving,’ as in "holding fast." If colors are fast they will not run. The meaning ‘firm, steadfast’ came first. The adverb took on the sense ‘strongly, vigorously,’ which evolved into ‘quickly,’ a meaning that spread to the adjective.

12. Weather can mean ‘to withstand or come safely through,’ as in “The company weathered the recession,” or it can mean ‘to be worn away’: “The rock was weathered.”

14. Help means ‘assist,’ unless you can’t help doing something, when it means ‘prevent.’

The contronym (also spelled “contranym”) goes by many names, including “auto-antonym,” “antagonym,” “enantiodrome,” “self-antonym,” “antilogy” and “Janus word” (from the Roman god of beginnings and endings, often depicted with two faces looking in opposite directions). Can’t get enough of them? The folks at Daily Writing Tips have rounded up even more.
Read the full text here: http://mentalfloss.com/article/49834/14-words-are-their-own-opposites#ixzz2TTOEpd70 --brought to you by mental_floss!
Posted by Kathy at Friday, August 02, 2013 No comments: 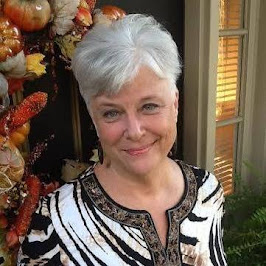 Kat's Pause is a time for me to break from the rush of life and share that life with you. I like puns so when friends made title suggestions, this one bobbed to the surface. God's teaching me to slow down, be still, to sabbath. . .pause. Occasionally I'll throw back the curtains of our home and invite you in. You'll glimpse vignettes of the many facets of our marriage, 3 children, 14 grandchildren and 1 great granddaughter!